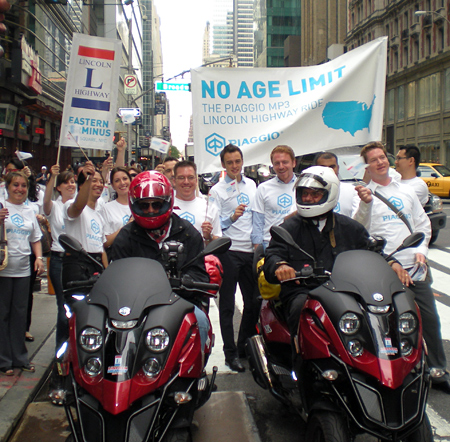 As Buddy and Bob pulled their Piaggio MP3 scooters into Times Square on Monday, ending their coast-to coast drive across the Lincoln Highway, reporters lined up to interview them. Their arrival was covered by The New York Times, Forbes, CNN, New York Daily News, NY Metro, and others, including a number of blogs. Buddy and Bob were nice enough to mention to the NYT that they used my Greetings from The Lincoln Highway as their travel guide. 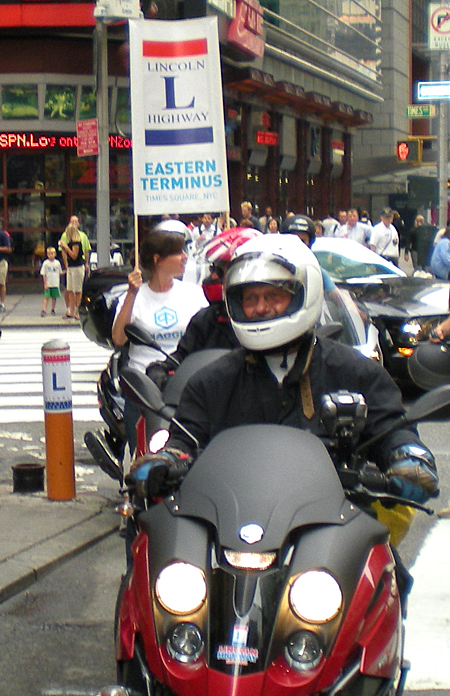 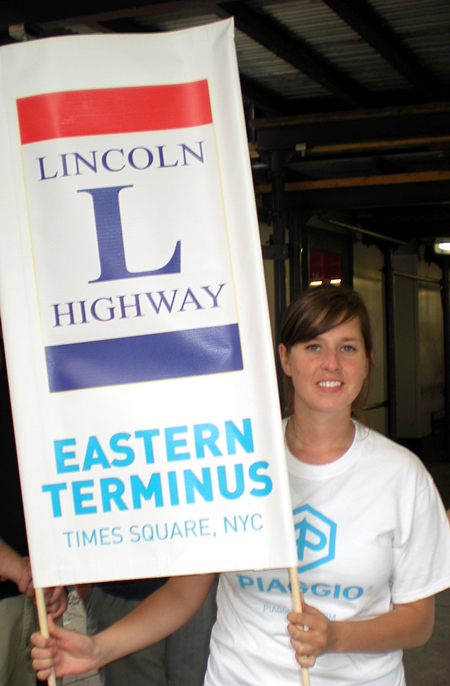 LHA director for New York Jerry Peppers was there to greet them and provided the photos above and these observations:

Piaggio’s marketing people got a police escort so we could occupy the NW corner of Broadway and 42nd Street for a half hour or so without being harassed by traffic. They also arranged for media coverage and I was personally interviewed and talked about trying to get a bronze plaque to mark the eastern terminus on the building corner that was only about ten feet from where we were standing.

I took the paper sign that I had previously attached to the post on the corner where we are endeavoring to get a permanent sign post and pasted it there again for this event. The second photo shows Bob Chase on his bike next to that temporary marker. The Piaggio people produced a hand-held sign that found its way into many photographs as well.

I talked to both riders at some length, particularly Buddy who is a New Yorker. They were appreciative of meeting the LHA members in Evanston and the treatment they got. Also, Bob Chase has joined the LHA and actually carries his membership card! He lives in Livermore in the Bay area.

Here’s a screen shot from the NYT story: 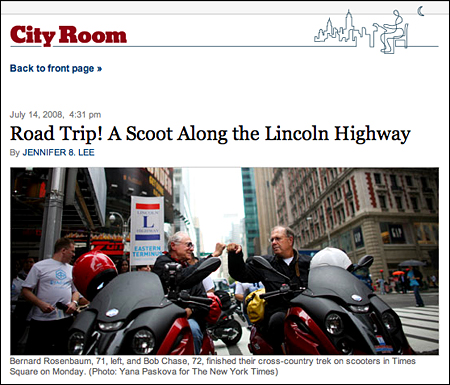